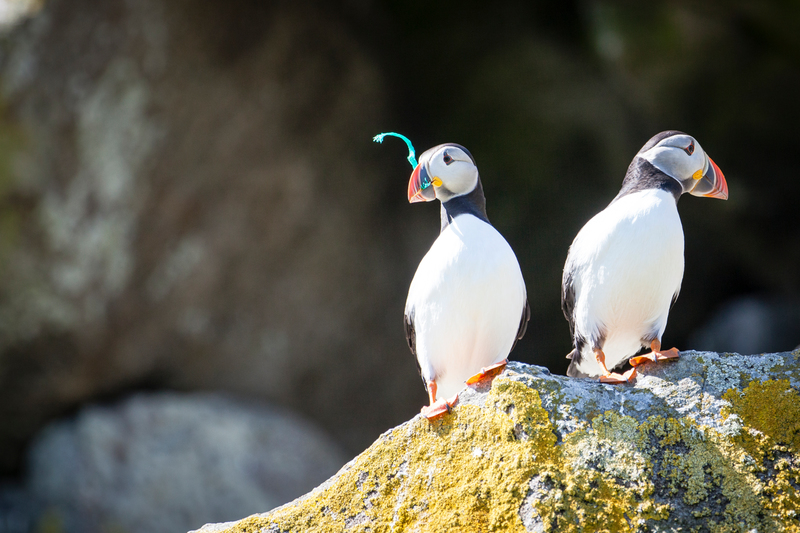 The Shiant Isles are home to large populations of seabirds, including thousands of Puffins, Guillemots and Razorbills found on the cree slopes of the island Garbh Eilean. The islands are also home to northern fulmars, shags, skuas, gulls and kittiwakes. The three main islands are called Garbh Eilean (rough island) and Eilean an Taighe (house island) and Eilean Mhuire (Mary Island) The islands are uninhabited apart from the island of Eilean Taigh which houses a small bothy open to researchers and visitors. Currently nature conservation charity the RSPB are working on the island monitoring bird populations and the success of the recent rat eradication effort.

Greenpeace has brought its ship the Beluga II on an expedition of scientific research around Scotland, sampling seawater for microplastics and documenting the impact of ocean plastic on some of the UK’s most precious marine life.