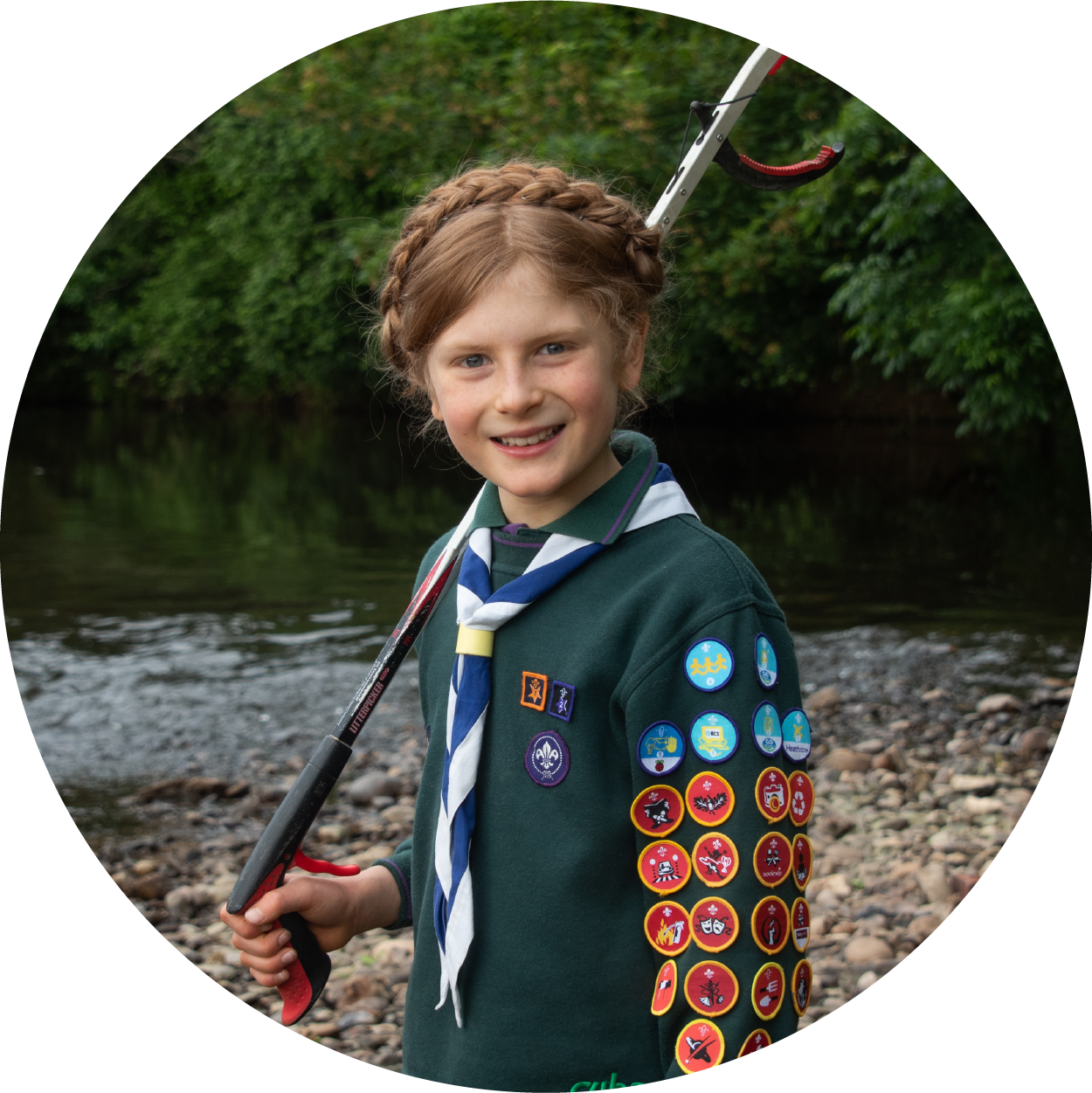 Thomas first became inspired to help the environment and fight plastic pollution after watching Blue Planet 2 in 2017, just after his sixth birthday.

Thomas enthusiastically does regular river, beach and countryside clean-ups. In particular he focusses on the river Otter. His love of wildlife and concern for the environment spurs him on to remove as much plastic and other rubbish from the river, which is home to beavers, otters and so much wildlife.

When he was 7 years old he won a national competition to find the 16 most influential people under the age of 16 in the fight against plastic pollution, litter, and other sustainability-led issues. Two of the judges for the competition were Amy and Ella Meek, founders of ‘Kids Against Plastic’. They invited Thomas to join their group and he went on to become the first person to achieve their silver and then their gold-level awards.

As part of Thomas’s message, he has designed a badge displaying his own slogan and logo. He has run several workshops at Seaton Jurassic, at the request of the Devon Wildlife Trust, encouraging children to design their own slogan and badges to help fight plastic pollution and help the environment. He gave a talk to the whole congregation at his church and gave out his badges. He also inspired his Sunday school group to join with him in making posters, that were displayed around the town, to encourage the local residents to focus on sustainability.

He has written to the prime minister and supermarkets about reducing plastic packaging and single-use plastics.

Thomas’s latest focus has been campaigning to make Scouting more eco-friendly and wants all of Scouting to sign up to be ‘Plastic Clever’ which means avoiding single use plastics, understanding the problem of plastic pollution and microplastics and doing regular litter picks. He hopes that the Scouting organisation will eventually make being Plastic Clever integral to Scouts and part of their official badge scheme.

‘[Thomas is] a great ambassador for the Scout movement’ and ‘one of our true shining lights’.

He has successfully gained sponsorship for his Scout group to get litter picking equipment and helped design blanket badges. He is currently working with the District Commissioner of Scouting in East Devon to spread the initiative to the other nine Scout groups across the region. He hopes to use this to spread the scheme to the whole of the UK.

Thomas has gained local recognition for his work and received a special mention from the Chairman of Sidmouth Sustainable Champions 2021 and appeared in the WWF magazine as an ambassador for Scouting. 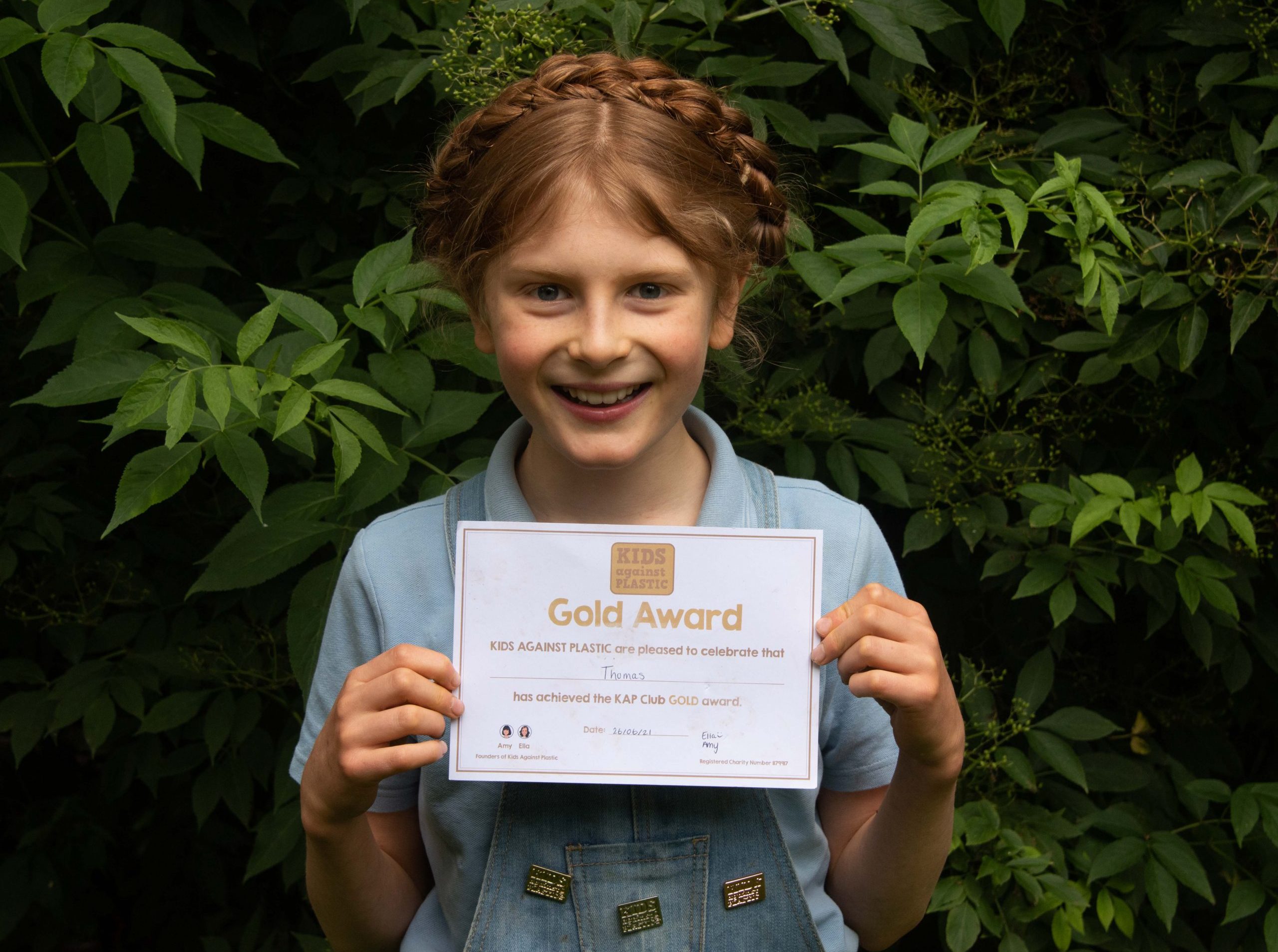 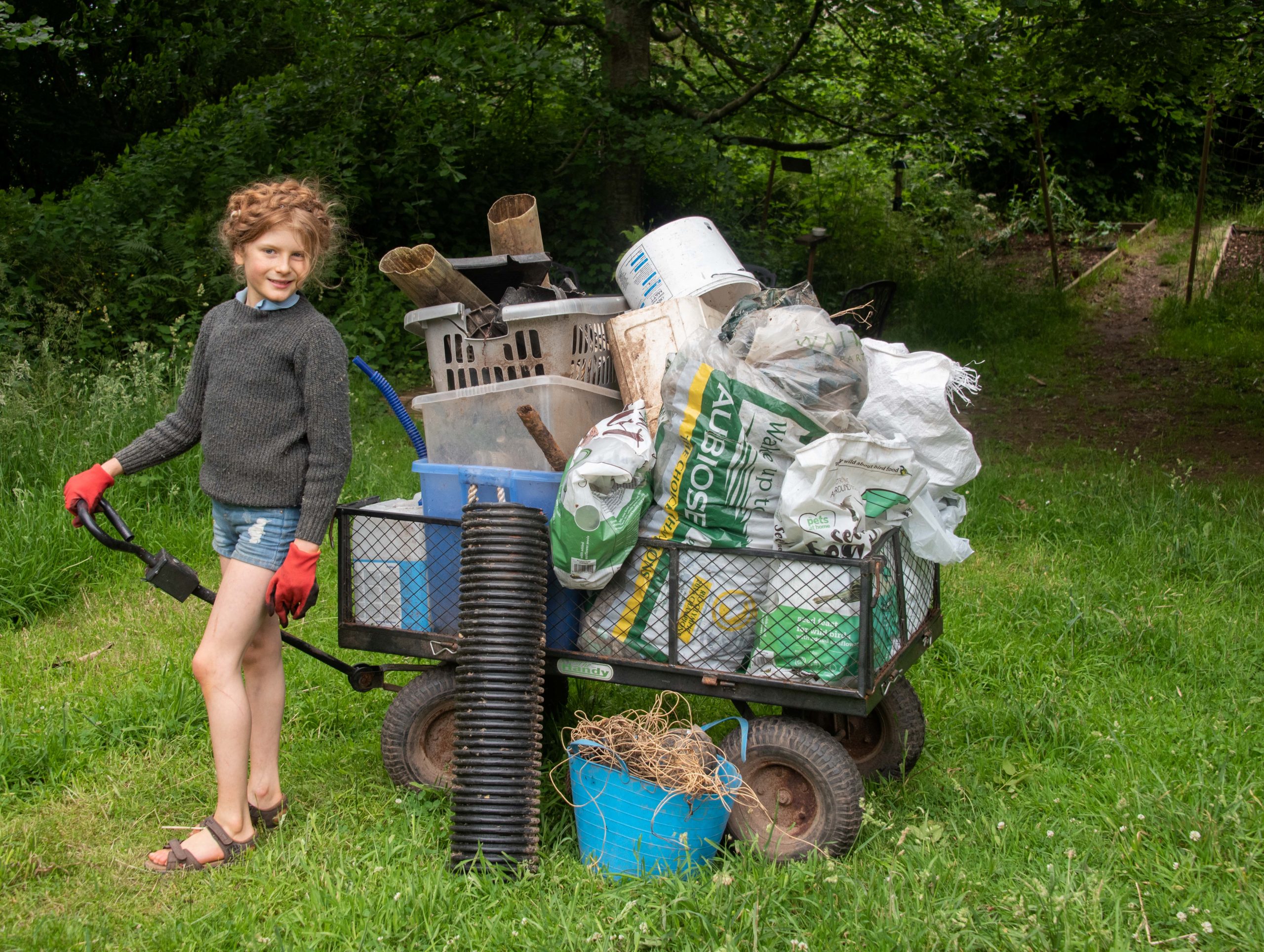