T hank you for taking interest in our charity!

We’re so happy that you want to spread the word about Kids Against Plastic. Below are a selection of biographies and photos of our work to use – please credit where stated.

Amy and Ella set up Kids Against Plastic (KAP) back in 2016, after studying the UN’s Sustainable Development Goals and discovering the issue of plastic pollution. Their mission to make a difference started out as a home-school project and has since become an award-winning charity.

Since starting KAP, Amy and Ella have worked hard to inspire children, engage politicians, business leaders and academics, and to motivate individuals, families, schools, cafes and businesses to become more discerning users of single-use plastic – or become ‘Plastic Clever’, as they call it. The Plastic Clever positive award scheme has been adopted by over 1200 schools and over 50 cafes, businesses, and festivals around the UK. The girls have also talked at various events internationally (including giving their own TEDx talk in 2018 and speaking at the Young Activists Summit in the UN Geneva in December 2019), as well as at schools around the UK. Plus, they are working towards their own individual goal of collecting 100,000 pieces of plastic litter and have collected over 96,000 so far.

Amy and Ella were the first ever recipients of the Pride of Britain Green Champions award in 2021, and have a book published by Dorling Kindersley called Be Plastic Clever. Through the book, their campaigning, and activism, they hope to inspire other young people to find, and use, their voices to bring about the positive changes they want to see in the world.

Amy and Ella Meek are the teenage founders of the environmental charity Kids Against Plastic. Since founding their youth-led organisation back in 2016, the girls have worked hard to inspire kids and adults alike to take action to reduce their use of single-use plastics – or become ‘Plastic Clever’ as they call it. Their Plastic Clever scheme has since been adopted by over 1200 schools, as well as by cafes, businesses, councils and festivals around the UK.

The girls have spoken internationally, including giving their own TEDx talk at the ages of 14 and 12 in 2018, and at the UN Geneva in December 2019. They were also the first ever recipients of the Pride of Britain Green Champions award in 2021, and are published authors, with their book Be Plastic Clever released by Dorling Kindersley in May 2020. 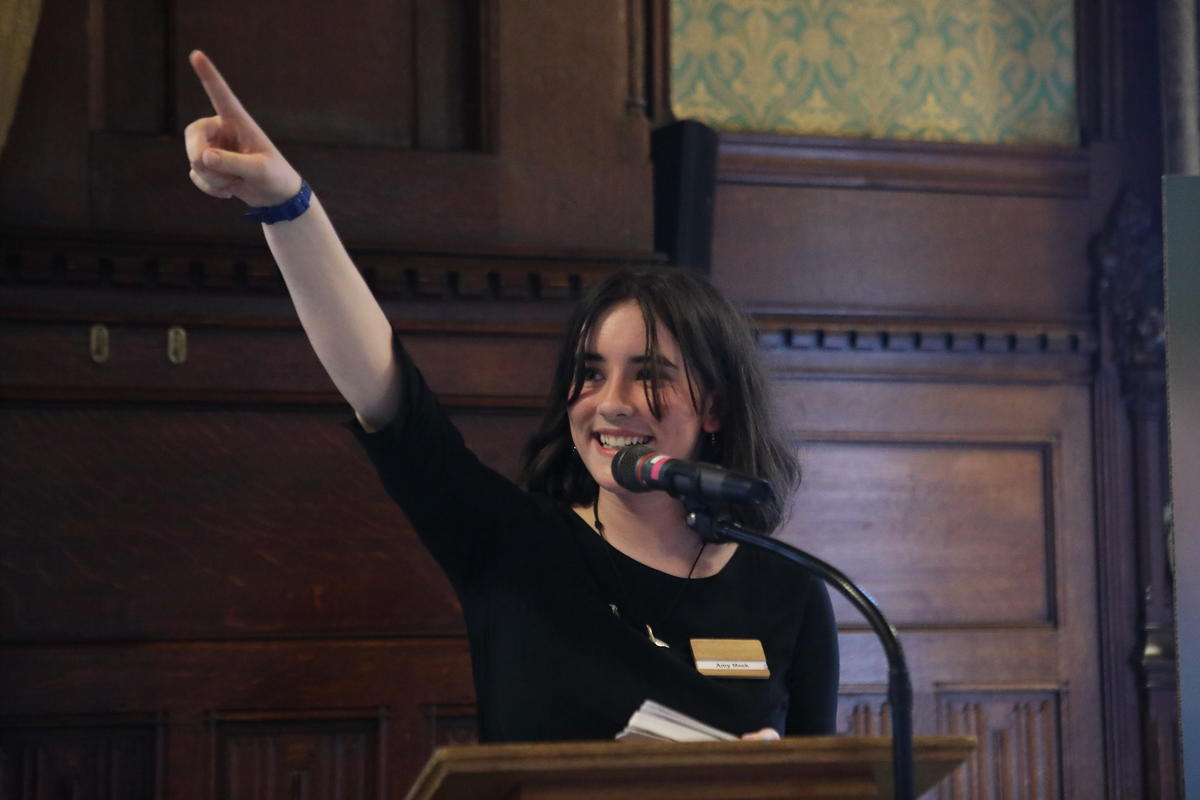 Along with her younger sister Ella, Amy launched an award-winning campaign, now charity, called Kids Against Plastic. After studying the UN’s Global Goals in 2016, the sisters were motivated to address the global issue of plastic pollution, seeing the devastating impact our misuse of plastic was having on the planet and also the potential plastic legacy set to be inherited by the future generation.

For the 6 years since Kids Against Plastic’s launch, Amy has worked tirelessly to raise awareness of the negative effects of petroleum plastic on the environment, and empower others to take action to combat it. Kids Against Plastic now has a team of over 170 young people around the world as part of the KAP Club, and the Plastic Clever scheme has had over 1200 schools and numerous cafes and businesses sign up since its launch in early 2019. Amy also co-authored the book Be Plastic Clever, published in 2020, with Be Climate Clever set to be published in April 2022.

Through her work, Amy has spoken to kids around the UK, ministers in all three Parliaments in Great Britain, and diplomats and young people at the UN Headquarters in Geneva. She is also a two-time TEDx speaker, speaking firstly at TEDx Exeter alongside her sister in 2018, and most recently at TEDx Geneva 2021.

Alongside her work with Kids Against Plastic, Amy is a member of the Youthtopia Circle of Youth and advises as part of the University of Hull’s EEI Youth Advisory Board. 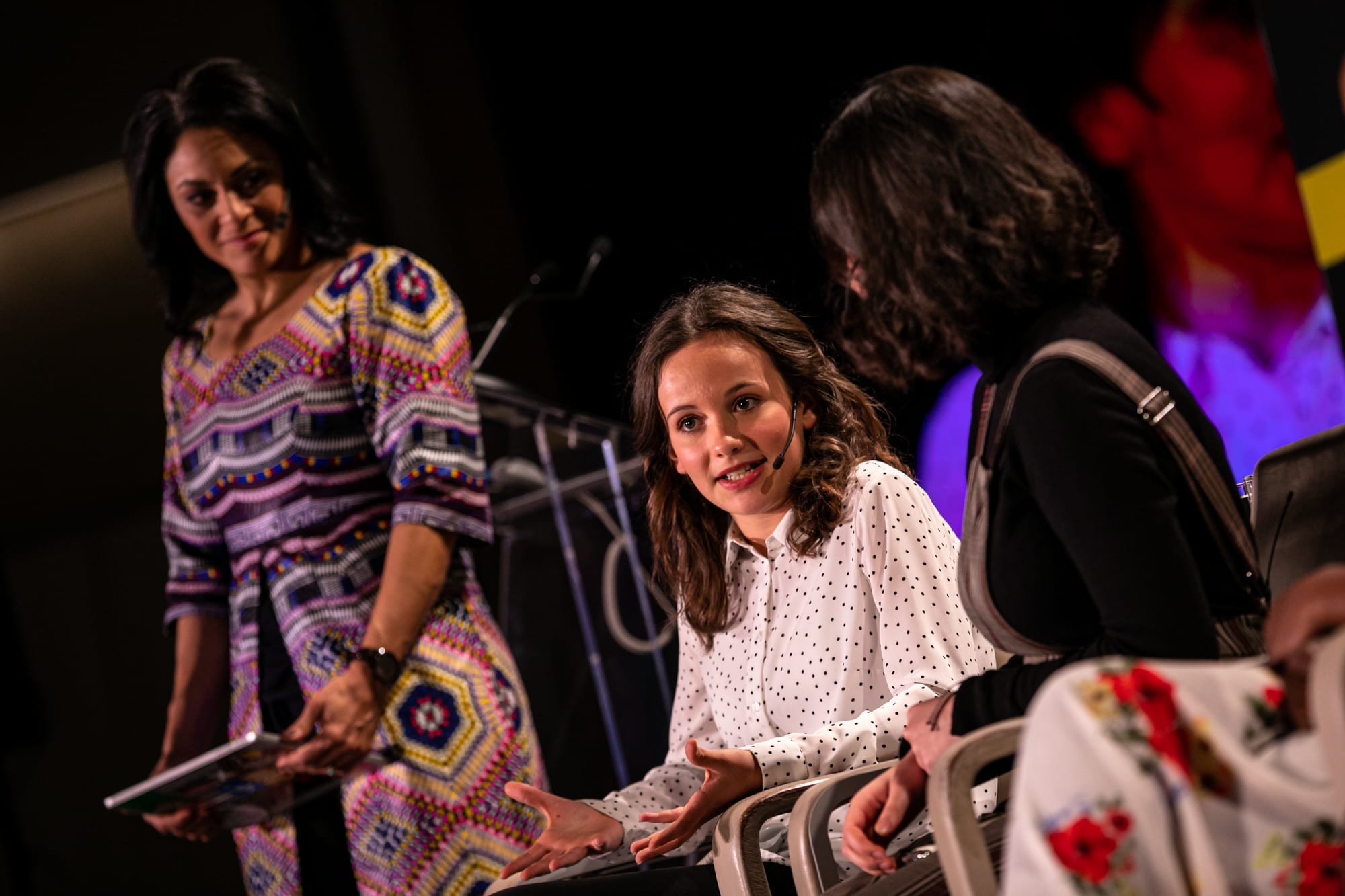 Ella is a campaigner for the reduction of plastic pollution in our oceans and waterways, having started her activism journey at only 10 years old. She co-founded the environmental charity Kids Against Plastic with her sister Amy back in 2016, having discovered the devastating impact disposable plastics are having on the planet. Their youth-led charity has received international recognition through its work to discourage usage of single-use plastics, and Ella has spoken at events around the world (including the UN Geneva in 2019, and TEDx Exeter in 2018). The girls have also developed their own Plastic Clever scheme, which has been adopted by over 1200 schools and numerous cafes and businesses around the UK, as well as picking up over 96,000 pieces of plastic litter towards their 100,000 goal.

Ella is an animal lover through and through, with seeing the horrific pictures of animals entangled in plastic being one of the key reasons for her passion in tackling plastic waste. Outside of her campaign work, she’s also a presenter, previously working on the Sky Kids news show FYI and currently on the EcoFlix original ‘The Pulse’. 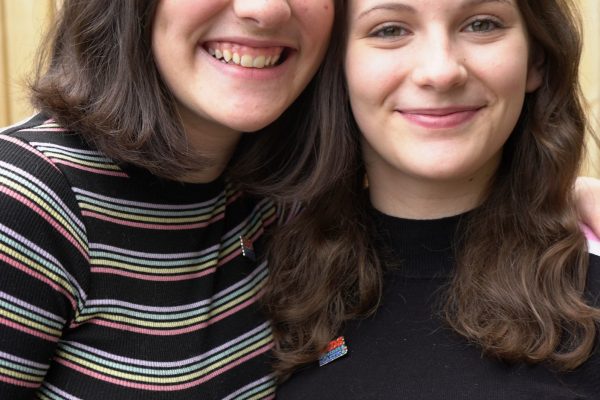 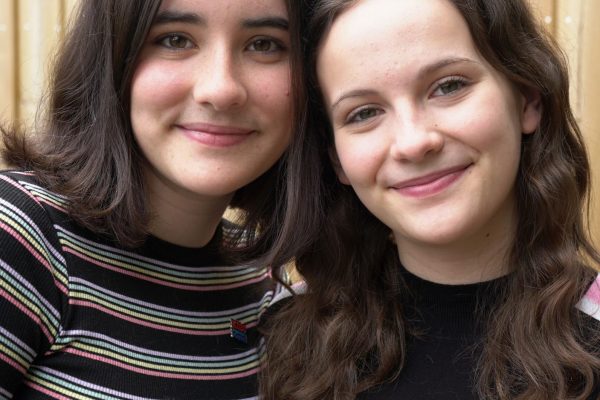 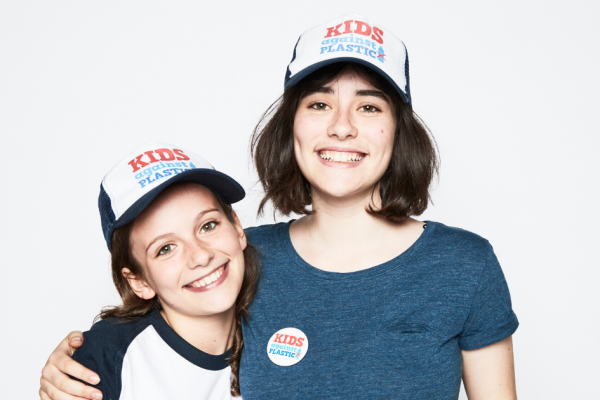 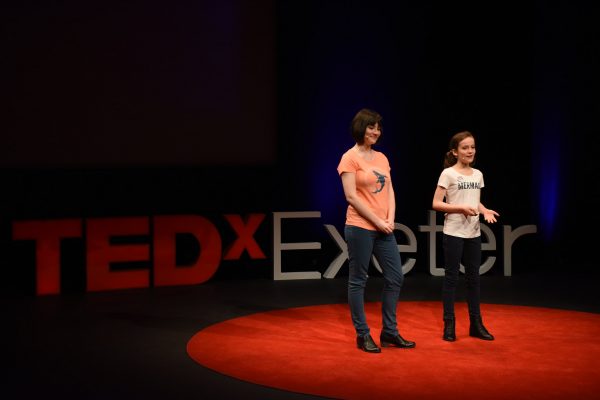 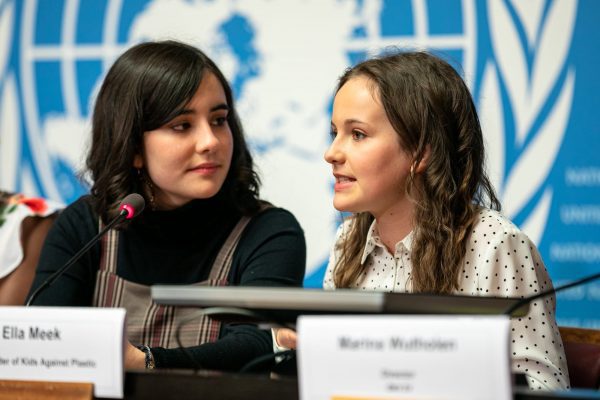 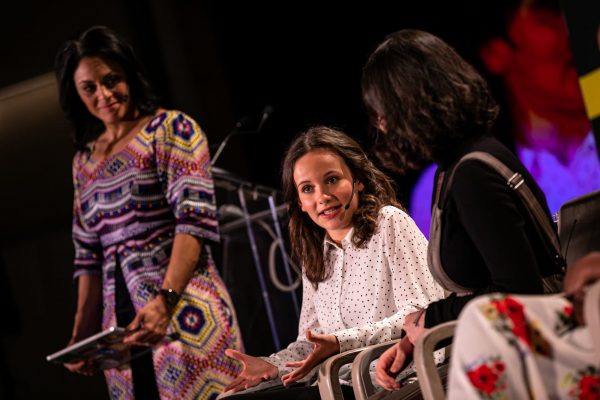 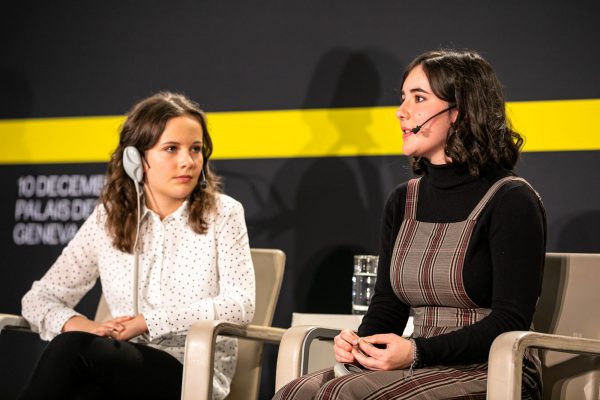 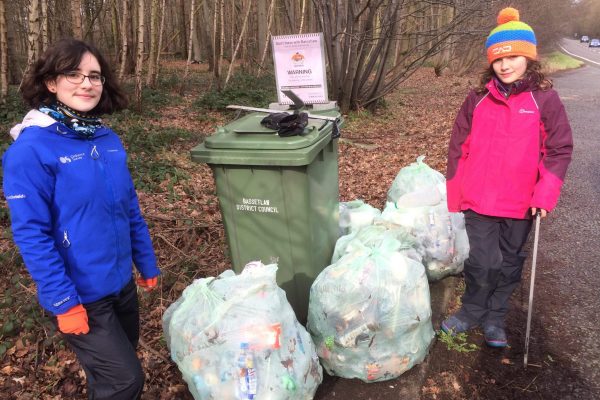 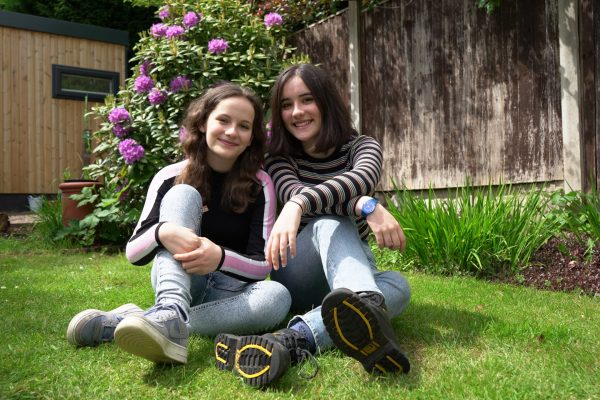 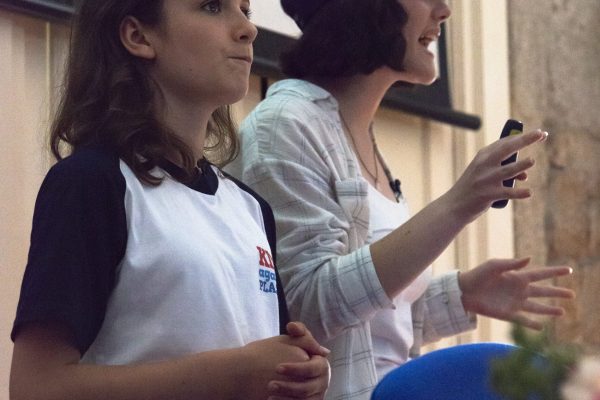 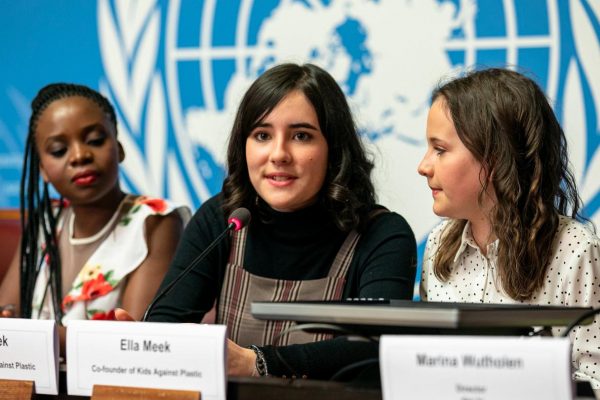 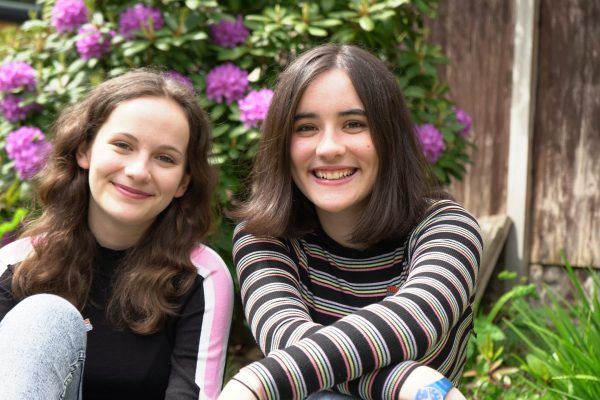