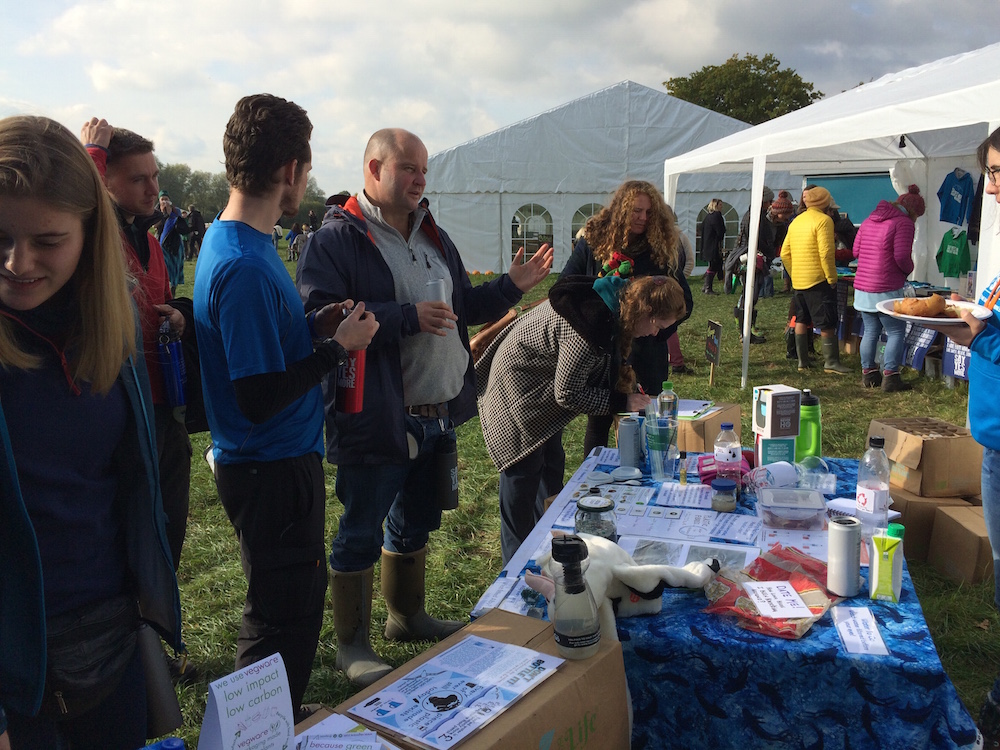 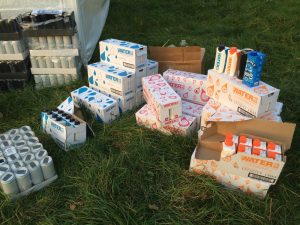 If you haven’t yet been to Yestival, save the dates of October 21st-23rd now.

Wow. We’ve just had an incredible weekend at Yestival 2016, an awesome, incredibly inspirational festival, which you’re guaranteed to leave with some mad future plans. Located down south in a field near the village of Brinsbury, Yestival had a long list of motivational speakers talking at the festival, sessions and workshops running on making changes to your life, and it was probably one of the only fields in the country that people ran around at 7:30am screaming “UNICORN!”.

But what made Yestival even more brilliant for us, was that we’d worked with the festival’s organiser, Dave Cornthwaite, to make it single-use plastic clever. That means there were no single use plastic cups, straws, bottles, bags, cutlery, plates… the list goes on; there was none of that contaminating Yestival. Instead, upon arrival, every festival-goer was given a tin mug (which they paid a deposit for), as well as a reusable bottle. They’d refill the bottle for free from ‘Hydration Stations’ around the festival and get huge discounts at the bar or coffee van for using their cup instead of a disposable bioplastic one. 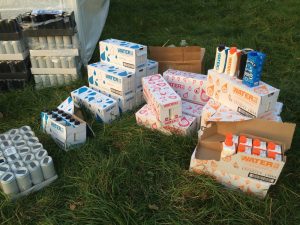 And then, at the end of the festival, everyone could either keep their mug, or hand it back in and get their money back. We also had five non-plastic water alternatives send samples of their water to Yestival (Vivid Water in a Box, Aquapax, CanOWater, Ugly Drinks and Eco4Life), which were stacked up and easy for people to access so that they could take one whenever they wanted. 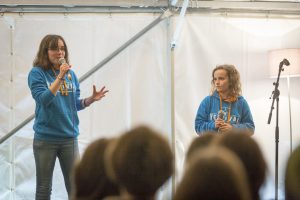 We were also privileged enough to do a talk at Yestival, on the Friday evening, as well as a plastic parody I wrote to one of my favourite songs. It was amazing to be able to preform in front of the 400 people attending the festival and speak alongside some really inspiration people. Dave also let us run our Water Table at Yestival, and the reaction we got was just mind blowing. Everyone was so supportive and willing to help in any way they could, and that’s been a huge boost for both our moral and our campaign.