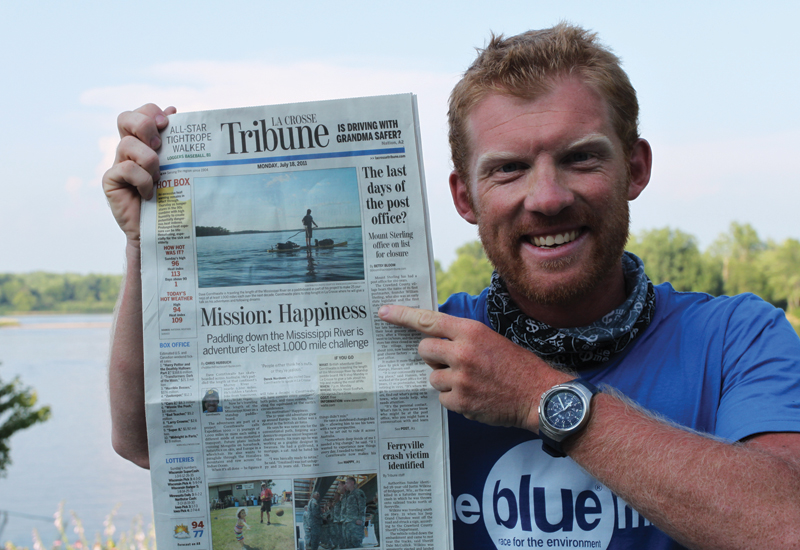 Meet Dave Cornthwaite – adventurer, yes-man and a close friend of ours.

In 2005, Dave quit his job as a “really bad graphic designer” and set out to make his life more interesting. His first big adventure was when he skateboarded Land’s End to John O’Groats – and if you think that’s a big journey, he went on soon after to skateboard over 3000 miles across Australia! Since then, he has travelled over 19,000 miles as part of his groundbreaking Expedition1000 project: 25 journeys of 1000 miles or more, each using a different form of non-motorised transport.

In 2012, Dave founded SayYesMore, an enterprise based on a philosophy of turning strangers into friends, breaking down fears and hurdles and enabling people of all ages to redesign their lives and jobs. With the first ever Yestival in October 2015 and the creation of the ever-growing YesTribe, Dave’s passionate advocacy of adventure as personal development has contributed to hundreds of individuals heading off on their own journeys, big and small.

Dave’s been a huge inspiration for us over the years, and we’re honoured to have such an influential person as one of our Supporters!

“The bravest thing any of us can do is become comfortable with the fact that we’re different from everyone else.”

“Amy and Ella are the ultimate ambassadors for kids in adventure and are a crucial part of an ongoing global movement to improve our usage and disposal of single-use plastic. I’m a big fan of these brilliant young women, and they’ve got a supporter for life right here.”
– Dave