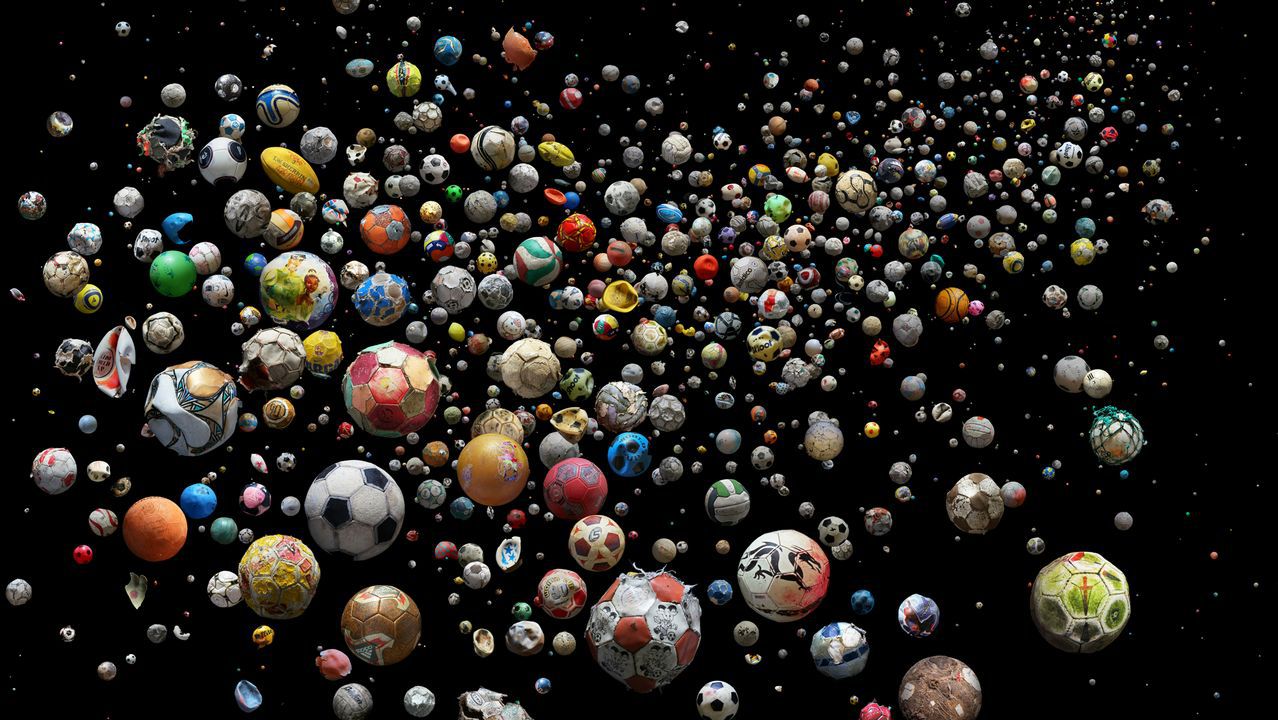 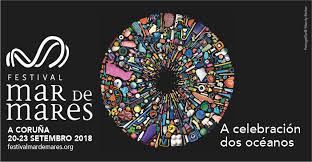 Recently the girls were invited to talk at a festival in Spain. They were approached by the organisers after meeting them at the Steppes Travel Show in London last year. 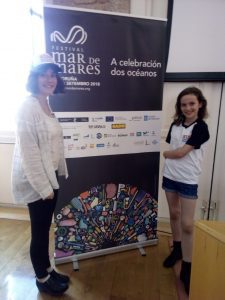 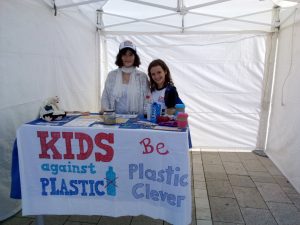 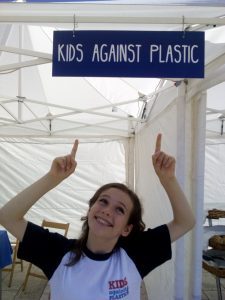 The festival, Mar de Mares, is an annual event that began four years ago in A Coruna, on the coast of Northern Spain. It aims to celebrate the ocean and all that it has to offer. This year, the festival wanted to become Plastic Clever and educate visitors and local residents of the issues associated with plastic pollution. The seaside city located on a peninsular surrounded by the Atlantic seemed the ideal location to tackle the issue.

The girls were invited to do two events: display their information table during the afternoon of the festival and do a talk. The information table was set up in the fish market, overlooking the harbour, with its moored sailing boats and visiting Cruise liner.

Now, Amy and Ella don’t speak a word of Spanish so this was definitely out of their comfort zone! They spent the afternoon communicating with passers-by through the use of a translator (daughter of one of the organisers and fellow Kid Against Plastic). In the evening, Amy and Ella did their talk to an audience of 100+. 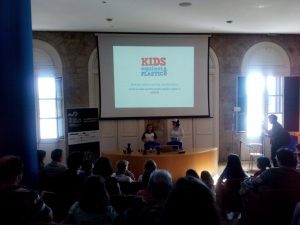 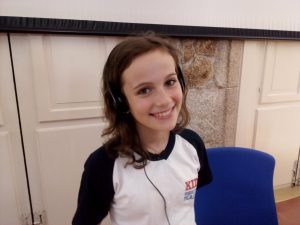 Unlike any other talk that they’ve done, this was being translated simultaneously by an interpreter through headphones that the audience members could choose to wear. The girls, in turn, wore the headphones to hear the questions being translated into English at the end. After a stimulating 45 minute Q & A session the evening was rounded off by Amy’s two songs (parodies of two well-known songs with messages about single-use plastic).

The response was tremendous. The audience and people who came to chat to the girls at the information table and after their presentation were interested and left inspired to make a change. And if we all make a small change, we can make a big difference!