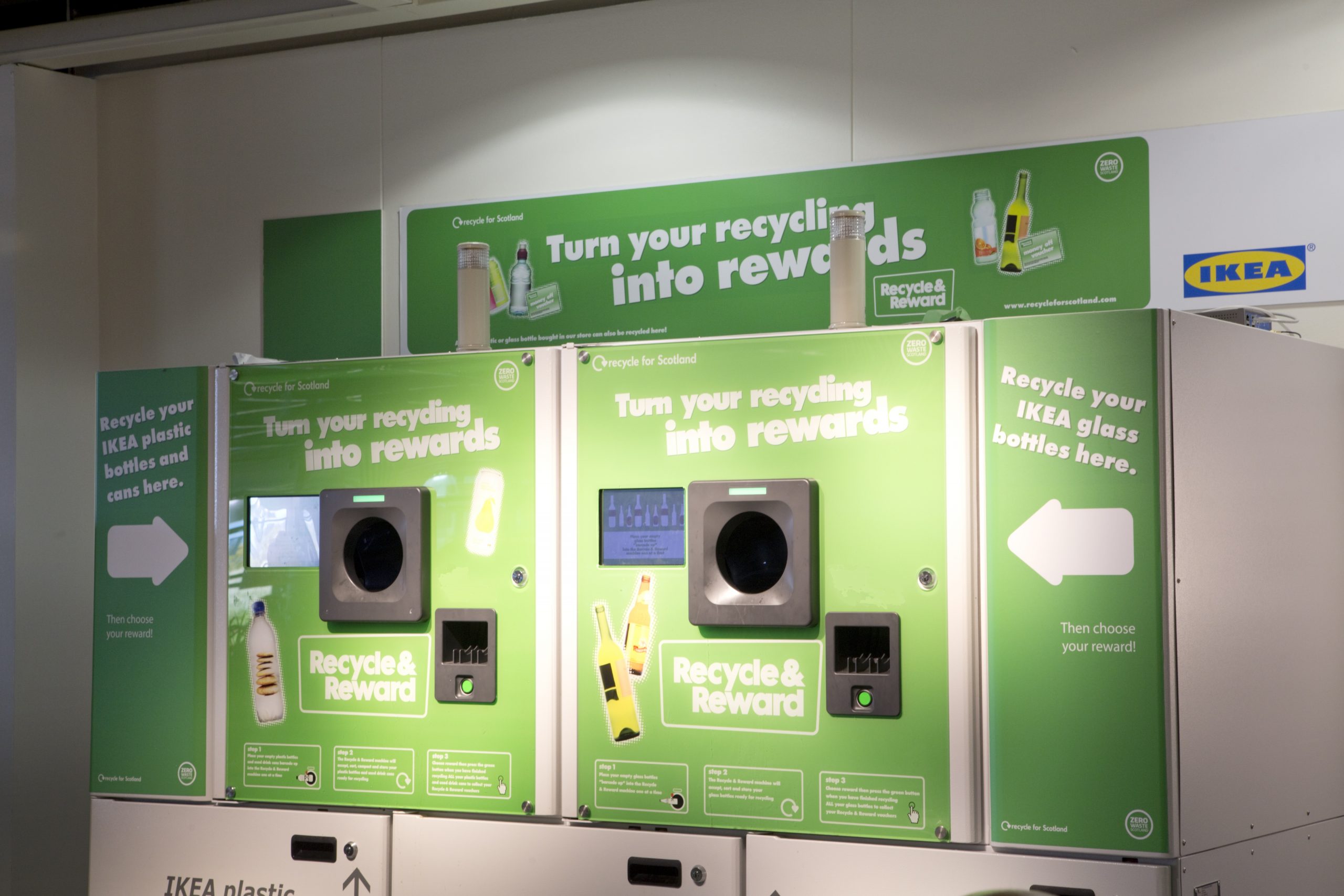 We’ve seen the plastic bottle deposit scheme pushed a lot recently – Sky Ocean Rescue are campaigning to have it brought in, and the Daily Mail have said it ‘would solve the recycling crisis’. Customers would be forced to pay an extra 10p or 20p every time they buy a plastic bottle, which they could reclaim if they brought their bottle back as part of the proposed deposit scheme. It’s to encourage the recycling of plastic bottles, and to prevent so many going to landfill or into the environment. The deposit scheme, which has been trialled in various other countries and has proven popular, is finally making it’s way into England.

But we’ve got our doubts. This scheme could have a positive impact, and it is a step in the right direction, but it isn’t the solution. One of the main issues with plastic bottles is that when they’re put in the recycling bin, they’re not actually made into new ones; instead, they’re down-cycled into carpets and fleeces (which then triggers the issue of microfibres). We have in writing from most of the UK bottled water manufacturers that they use NO recycled plastic in their bottles, so almost every single new plastic bottle is made from virgin materials, such as oil (20% of a 500ml bottle is made from oil). Until these companies make the effort to use recycled plastic in their bottles, this bottle deposit scheme won’t be as effective as it could, and should, be. It will only decrease litter, and help clean up our nation but not tackle all the environmental issues that the production of plastic causes.

It’s more important to refuse plastic in the first place, and slash our demand for bottles. After all, the only reason that plastic pollution is a major issue is because of our misuse of plastic, and our hugely disposable lifestyles.

The important thing is that finally the issue with plastic bottles has been noticed by our nation’s leaders and that positive steps are being taken towards finding solutions.